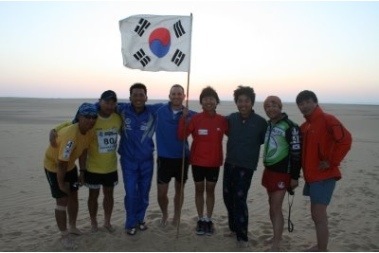 Last time, I spoke of Itaewon lost. Well, “I once was lost…” and then I went to the desert. I recently entered the Sahara Race, representing Itaewon (& Korea) while raising money for the Peter Pan Fund in the hardest race on Earth.

In the midst of this worldwide financial crisis, failing economies and fears of global depression, I say, “Go on vacation!” Worrying won’t help and working for money that may not be worth anything in the near future seemed futile, so I decided to spend some while it still had value – and value I got.

The Sahara Race
“I do this to inspire others and to inspire myself, to test my mettle and discover the path at my feet.”

My brief adventure took me through the Sahara on a 250km self-sustained foot race through the sand and heat of an ancient land. Toting a 12kg pack, 150 competitors (14 from Korea) began deep in the Egyptian desert at the Farafra Oasis and finished in front of the great Pyramids of Giza. Known as one of the most challenging endurance events in the world, the Sahara Race was to become my Journey of the Soul.

There are no cell phones, no showers, just tents, sand, sky and 150 other crazy, interesting and remarkable competitors. I wondered, will the desert offer us the chance to forget… to forget troubles and to focus on something more primal, more substantive – sustenance and survival, man vs. nature, to see something ancient and lasting that will, in retrospect at least, make us truly appreciate life, however brief and fleeting the journey may be.

The Charity
“If I’m going to go through hell, someone might as well benefit from it.”

Every journey begins with one step… and my first one was on an endeavor to earn for others, to adventure so that others might have a chance to do so, to run for a cause. It took some doing, but I finally found the right charity and set up a foundation to sponsor outdoor education for Korean orphans and less priveleged children. Through Youth in Nature and the Paju YMCA, we established the Peter Pan Fund and Motorola Korea graciously offered to donate $2500. OK, that taken care of, now I have to train – What?! It starts next week?

The March towards Madness Day One through Four – the Marathon Daze (average 38km per day)

The hurried flapping of colors flying, thirty flags representing the competitors’ countries, marked the moment as we embarked on this insanity. Overtaken by adrenaline and the horde bursting forth under the green banner, a standard that would become our jade oracle and a more welcome sight than any lush oasis could offer, we spilled down the sandy hill, diving in with determined effort and stretched our legs across the open expanse of the Hamada Trail leading to the great rocks that studded the landscape some 300km west of Cairo. The leaders sped across the open sands and disappeared amid the pillars of beige and cream stone rising above the constant sands. The rest of us mere mortals followed in sandy footsteps and met our match in the desert heat. The white desert spread out before us with no end in sight and no shade for respite. As we bore the heat, blisters and aching muscles, so began the journey within, a philosophical experiment in a distance unimaginable, forcing ourselves along, step-by-step and overcoming the frequent and profound desire to quit. Each day ended worn and weary, yet morning came and the new stage began, so I ran. Having never attempted more than 42km in a day (already tight with aching joints, feet full of taped-up blisters, and black toenails), I could not fathom what lay ahead, so I bowed my head and just began. Feeling unexpectedly good, I raced ahead one stage at a time with no thought of saving energy for the next, thinking, “I’ll rest when I’m dead!” The miles somehow slipped away and I didn’t slow down till I met my muse some 53km later. The siren’s song sung… the next stage would be my downfall. I stumbled past the pink banners at 65km speaking incoherently and collapsed in exhaustion. Carried into the tent, I spilled onto the floor and drifted in a daze much less than sleep for 3 hours, rose refreshed, gnawed jerky, triaged blisters and started off alone into the dark night.

The final hours were lonesome along the plateau, and as the last stage spilled down into the sandy valley below, I trudged on in a kind of half sleep. Finishing in the early morning, cursing the sand and swearing I’d never do anything so stupid again. (I’m now planning my next race.)

The Aftermath
“Midway this way of life we’re bound upon / I woke to find myself in a dark wood / Where the right road was wholly lost and gone.”

As Dante so aptly intoned, I too had been adrift in life… my spirit lost, it somehow found its way through the lone and level sands of the deep desert. In the end, the desert made me appreciate everything: showers, refrigerators, coffee shops, and most of all home! Itaewon was often on my mind and always in my heart. After all, Itaewon is more than just a place, more than a hangout or a home, it’s something inside the heart, and though I miss my family back in the US, there’s no place that I’d rather be now than in the holiday spirit of home, of Itaewon.

I welcome all of you, in fact I challenge you to prepare for and do something that scares you.
As the Holiday season and time of giving nears, Please give to the Peter Pan Fund. 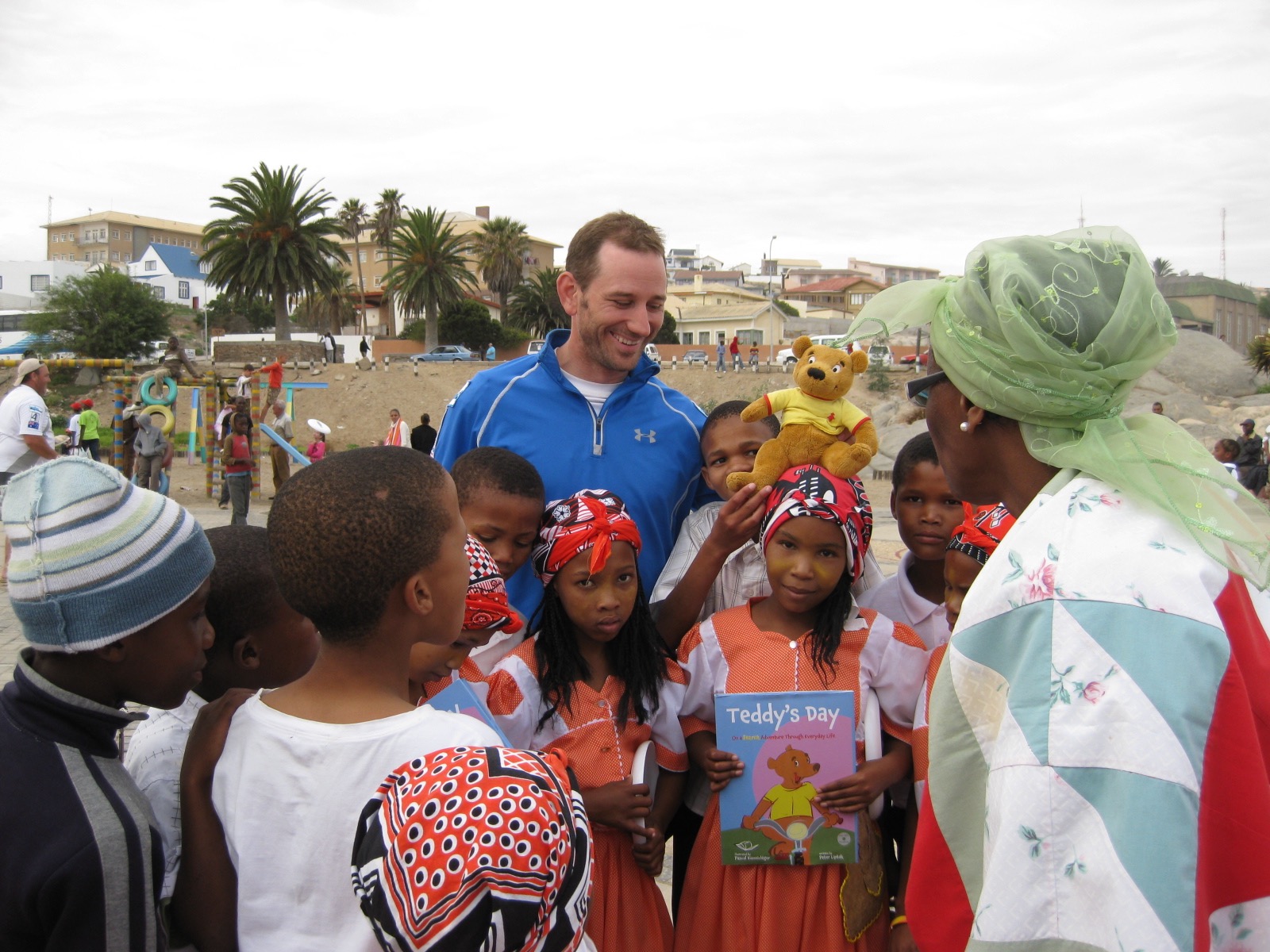 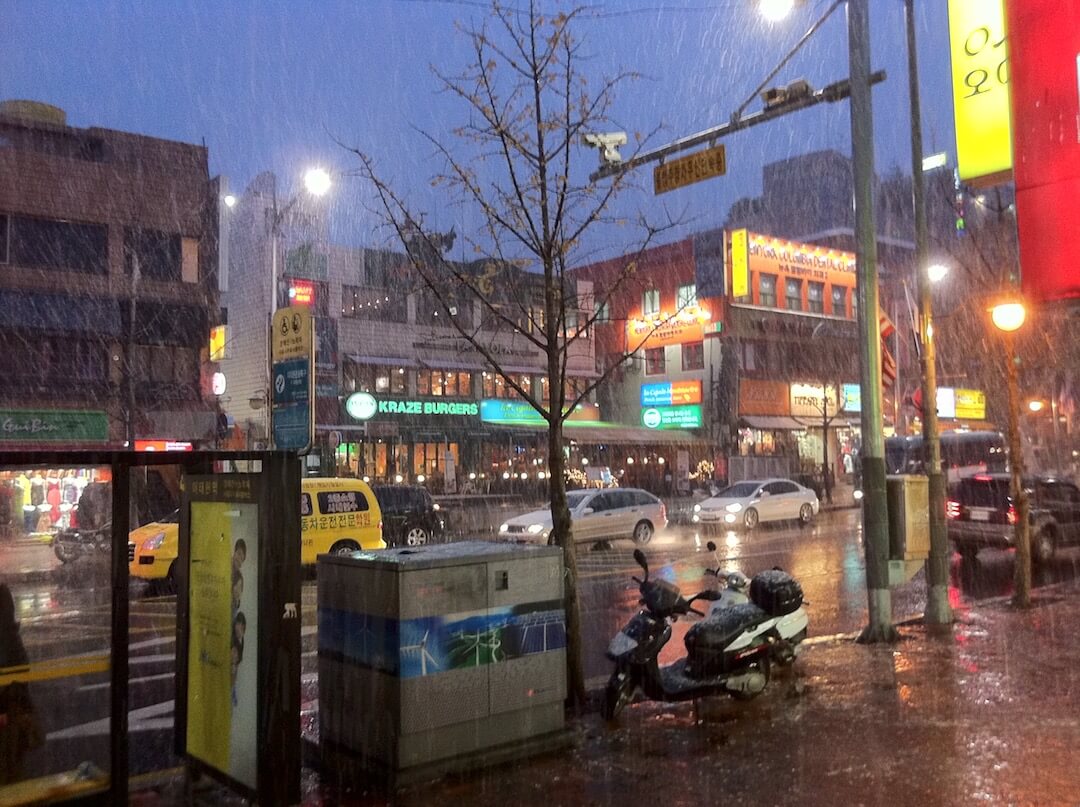 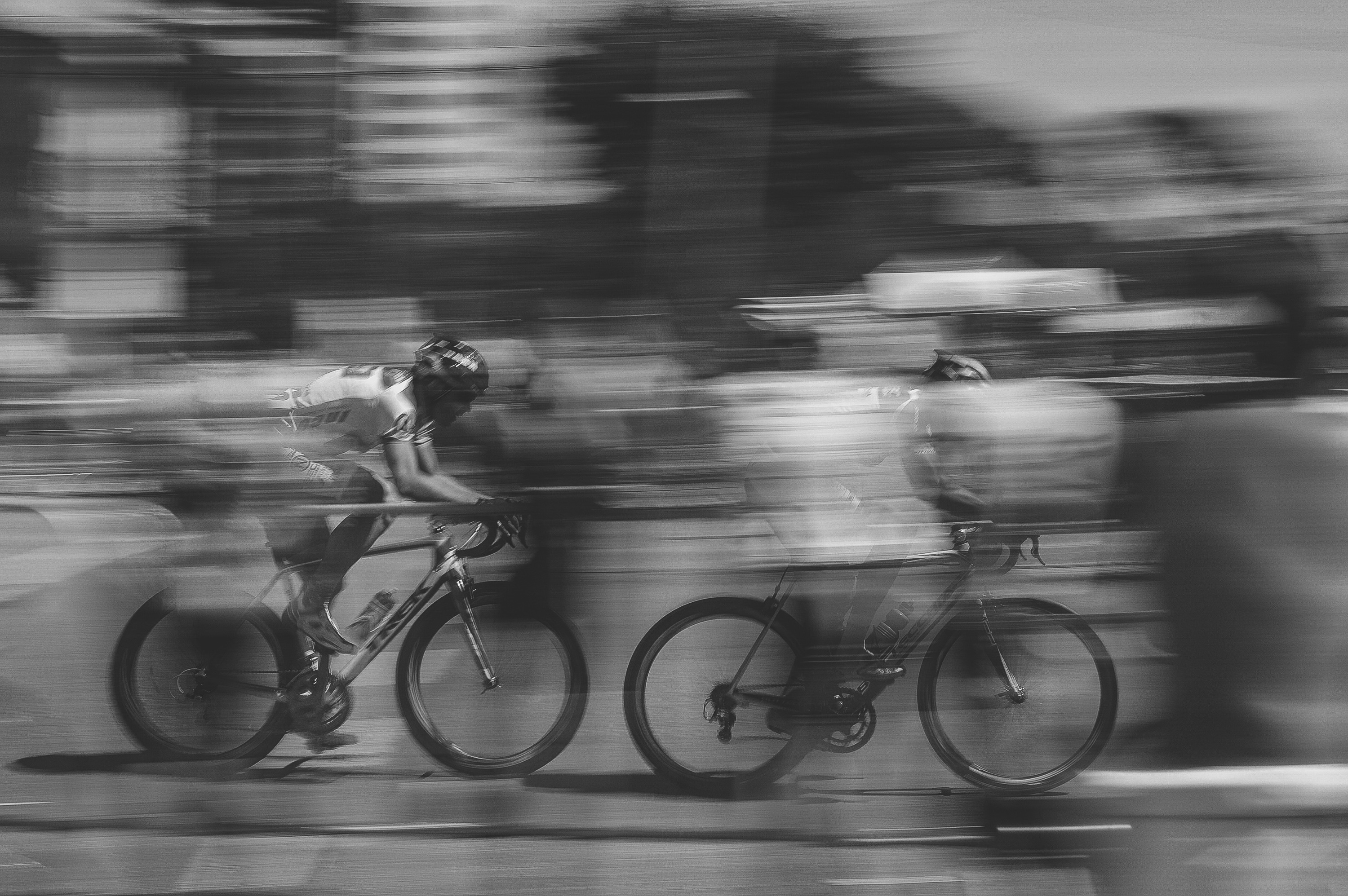